All Beliefs are Valid 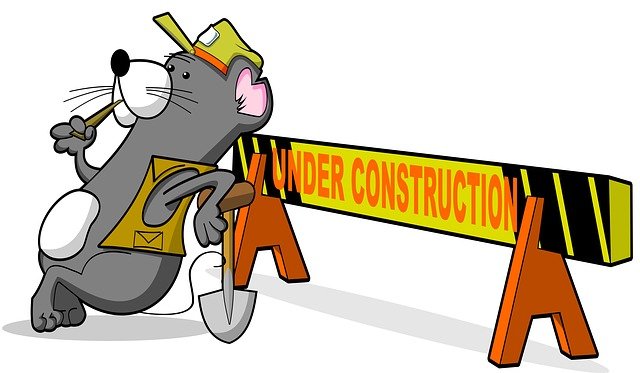 I went for a walk the other day. It was a beautiful afternoon, and I was feeling happy, peaceful, and unhurried. As I slowly strolled along, a big dragonfly, with a wingspan that appeared to be three inches or so, flew towards me, actually it seemed to fly to me. When it got so close that it seemed to be about to run into me, I said “Well, hello there.” And, all of a sudden it flew up, landed on my lips, and stayed there! I tried to blow it off gently through my almost closed lips, and I was surprised that those tiny fragile-looking legs were so strong. The dragonfly stayed right where it was…on my lips. So I blew a little harder, and then a little harder after that. Finally, it flew away.

Throughout the rest of my walk I thought a lot about that dragonfly. In fact, I was pretty sure that I could still feel the residual vibration of its tiny, strong legs gripping my lips. I’ve always loved dragonflies. They have seemed magical to me since I was a little girl. In retrospect, it was easy for me to see that something extraordinary, even magical, had happened. And, as I reflected on what had occurred, I wished I would have allowed myself to have a longer experience of that magical moment before I blew it away.

The experience got me to wondering how often we blow off the extraordinary without a full awareness of what it is. How often we miss an opportunity to feel, without a doubt, that the Universe knows right where we are and is saying “hello” to us behind, within, and as the forms and expressions of the life around us. Some people call such an unexpected personal experience, a “God-wink,” a sign of the Divine playfully saying, “I’m right here!” For about a week before my encounter with the dragonfly, as part my spiritual practice each morning, I had actually been asking for such a wink; for something extraordinary in my day beyond the “usual” beauty I see. I wanted a personal sign from the Universe to me.

But asking is just part of it. If want to experience something extraordinary in all Its magical ways, we need to be ready for that experience by keeping our mind open in expectation of it. When we do, as the Love of the Universe gives us a sign saying, “I’m right here,” we’ll be right there, too, to receive It. In other words, we need to be miracle-minded moment to moment—not just when we need Divine Intervention during a crises, but ready for a miracle anytime so that we’ll recognize it for what it is when we see it. We might want to ask our self: “Am I ready for a miracle, or might I blow it off without recognizing it in the moment it appears?”

Albert Einstein said, “There are two ways to live your life. One is as though nothing is a miracle. The other is as though everything is a miracle.” But, there seems to be a third way that we often live our life—as though occasionally something “might be” a miracle, or else waiting for a once-in-a-lifetime miracle to occur. The rest of the time, even though our life may be good, much of it may not seem to us as if it is in the miracle league. But, the Universe doesn’t need to hit us over the head with miracles because miracles are natural to us. The Universe kisses us gently with them moment to moment, sometimes right on the lips!

Perhaps we’ve all heard the statement, “All beliefs are valid,” but I was never quite sure what was meant by it, so I explored it by first asking someone who often makes that statement what she meant by it. She said, “All beliefs are valid because someone is believing it. But some beliefs are more powerful than others. For example, if a person believes the moon is made of green cheese, it isn’t a powerful belief many others would believe is true.” So, I wondered about other beliefs that don’t seem all that powerful, like the “Flat Earth theory,” and just how many people believed it. As it turns out only 66% of millennials believe the Earth is round, and the belief that it’s flat is spreading around the world, not just among millennials, but people of all ages! Now you may be thinking that’s just plain nutty because science has proven the Earth is round. But, if we were judge according to appearances, even if we look through strong binoculars, the Earth still doesn’t appear to be round! In fact, any belief that is based solely on appearances isn’t a powerful one.

When we focus on a thought over and over again, it becomes a belief, and because it is done to us and for us as we believe, the conditions, situations and events in our life are pretty much as we expect them to be based on what we believe is true about our self and life. What we believe has validity because it is confirmed by past experiences and affirmed by repetitive thought. It’s easy for us to continue focusing on what’s right in front of us, even if we don’t like what we see, and then to sigh in hopelessness because life seems to always happen that way, time and time again. It doesn’t take long for our focusing in opposition to what we want to cause the Law of Attraction to increasingly give us more of what we’re focused on and don’t want.

If we don’t choose to change our focus to something positive in our mind because we don’t believe it will help, that’s a choice—a valid one because we’re choosing it, but not one that is powerful or helpful. If we decide not to choose positivity because we’ve decided life doesn’t work for us anyway, we’ve decided to live by default, rather than deliberately, and to make what’s not working in our life everyone else’s fault!

A few belief-examining questions might be helpful for us to ask our self: “Am I going to let the world whip me around by the tail without even testing out my ability to focus on positive thoughts and create a positive mental environment that allows positive things to happen? Am I going to argue for my limitations, and the imitations of others and world, by believing it’s just my fate for things not to go well, or that others have control over me? Am I going to just keep venting my frustration with what is because I’m not willing to focus on a thought that feels better and gives me at least some relief?”

It is easier for us to expect things to be as they’ve always been than to change our mind and change the things that aren’t the way we want them to be. It is easier for us to continue life the way it is then change what we believe because we get so attached to our certainties! Michelangelo wrote, “The greatest danger for most of us is not that our aim is too high and we miss it, but that our aim is too low and we reach it.”

We are powerful creative beings. We call to us what we believe because we believe it’s true. And, because we do, the Law of Attraction that governs the Universe by responding to an infinite variety of vibrations, responds to our vibrational conviction unconditionally. It doesn’t question why we believe what we believe because we’re free to believe anything we choose to. It never hesitates or says, “Whoa are you sure about that?” It feels our conviction because our thoughts carry with them an authoritative energy that vibrates with our certainty. That’s why our making positive affirmations we don’t believe doesn’t bring positive experiences our way. It doesn’t hurt to say them, but it doesn’t help until we believe them. We can’t “fake it ’til we make it” where the Law of Attraction is concerned because words don’t matter when comes to creative power. Our power lies in our conviction of the truth behind our words. If we don’t believe it, neither does the Universe and It won’t respond.

Joel Goldsmith wrote, “You must connect with the Divinity within you, and this Infinite Power will project Itself into every field of your Life.” To believe the Earth is flat is no “crazier” than to believe we could be a living, thinking being with powerful emotions and feelings, but that what we think and how we feel as we live has no effect on our experiences of life. Every moment we’re creating an immediate relationship with whatever we’re focusing on, be it a dragon or a dragonfly. We can choose to live our life as though everything is a miracle including us. If we do, our whole life will be elevated into the miracle league and we’ll be ready for a miracle every moment. We’ll realize that the greatest “magic trick” is that we’re here right now and free to experience it all.

Then whether we want a healthy body, loving relationship, a dream job, the flow of abundant good, or anything else, we’ll know that through the conviction of our belief that this Earth Life is an extraordinary gift in which we are given everything we believe we can have, we’re creating a positive environmental condition in our mind for what we focus on to appear in this world right before our eyes!

Join Us For Sunday Service at 11:00am